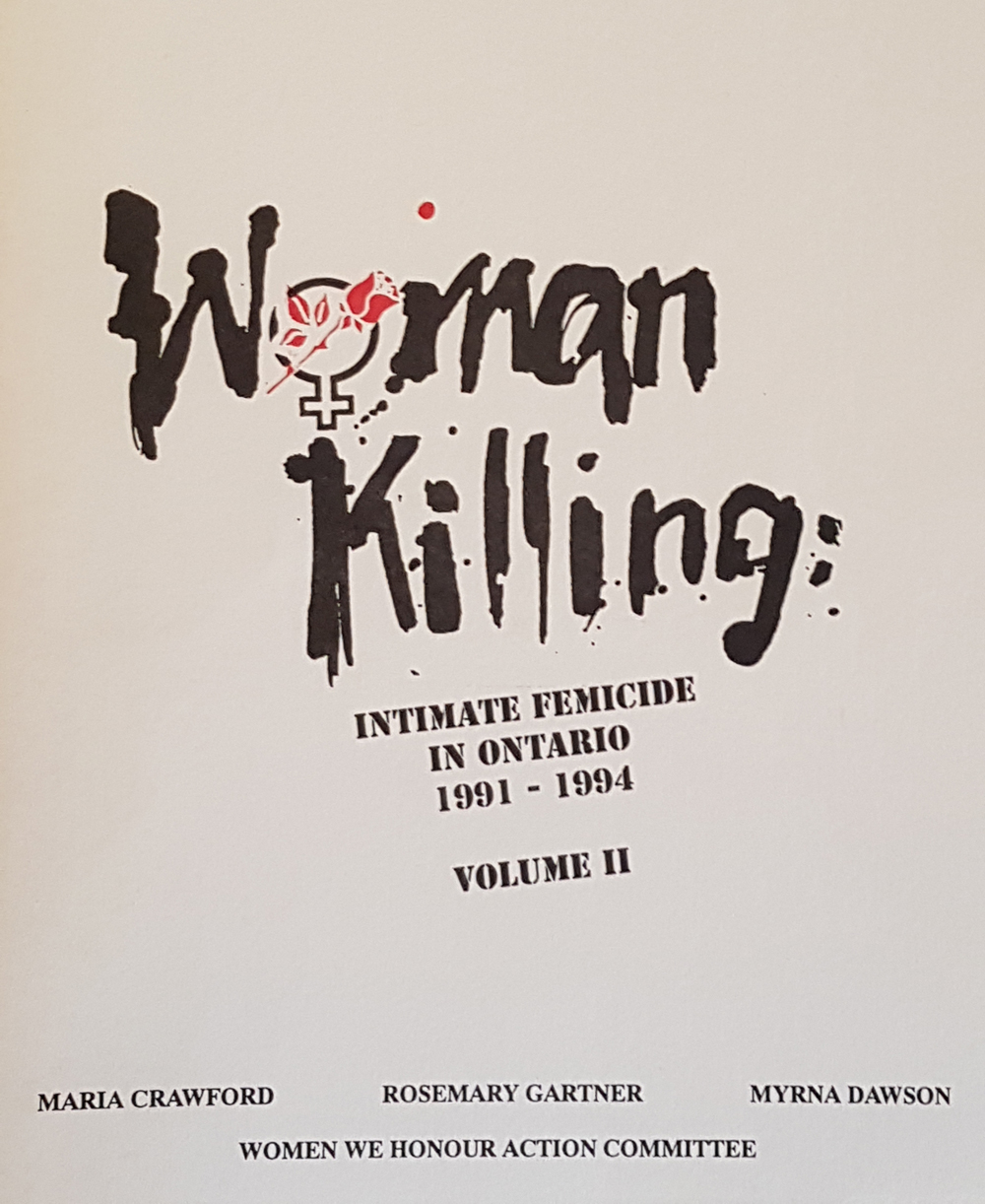 Similar to global patterns, femicide is most often perpetrated in Canada by current or former male partners, highlighted by one of the only studies of its kind, covered in two volumes: Woman Killing: Intimate Femicide in Ontario, 1974-1990 and Woman Killing: Intimate Femicide in Ontario, 1991-1994. In response to a series of killings, this study was spearheaded by a group of eight women who met early the same year in which the Montreal Massacre occurred. These women set themselves the task of learning more about women killed by intimate partners.

Naming themselves the Women We Honour Action Committee, they conducted a literature review on women killed in the context of their intimate relationships with men, what they referred to as intimate femicide. They, then, undertook a study with three goals: (1) to document the incidence of killings of women by intimate partners in Ontario; (2) to describe the characteristics of the people involved and the circumstances surrounding the killings; and (3) to present the stories of a small number of women who had been killed by current or former legal spouses, common-law partners or boyfriends.

Occurring in two stages, the study covered the period 1974-1994, documenting the femicides of 1,206 women aged 15 and older from official records. Of the 1,120 cases in which the killers were identified, 705 or 63 percent of the killers were current or former male partners. [See summary of the two studies]